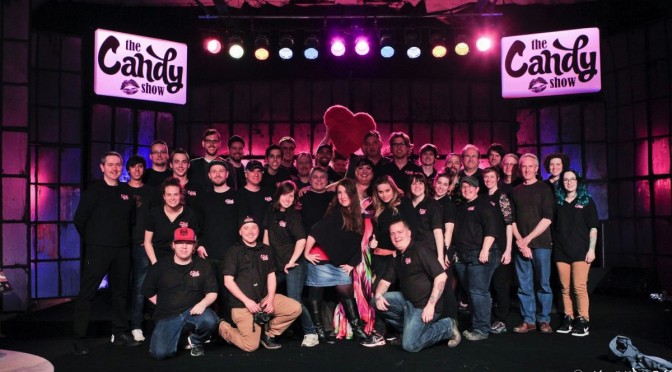 Just wrapping up the final day/ night of filming in Halifax Saturday May 3rd. For the past 2 weeks filming this National Variety Television series, The Candy Show Season 5 has been extremely exciting, highly entertaining and very emotional.  The Candy Show showcases some of the BEST Canadian Music, Canadian Performers and of course Comedy Diva Candy Palmater. Season 5 of The Candy Show airing dates are not released from the network yet. Post-Production will take place immediately after tonight’s show.

Thank you to each and every audience member, staff, crew, Guest  and Candy Palmater for bringing your best to the show.  Audience plays a huge part in how our product looks for HD filming, and mixing in the right guests, and all the love for Candy Palmater creates stellar footage for The Candy Show.

The Candy Show is Aboriginal Created/ Writen/ Produced/ Hosted and performed by Candy Palmater. The Production is under Fancy Shoes TV INC., owned by Mi’Kmaq TV host/ comedian Candy Palmater, co-partnered with Johanna Eliot of Ocean Entertainment. This dynamic women powerhouse team is a force to be reckoned with.  Watch for more great TV by this duo.

CATCH VLOGRIL – the month of April Candy and Denise vlogged and brought you behind the scenes on set of The Candy Show.  Click here for The Candy Show Lifestyle YouTube Channel to watch. More vlogs will be uploaded soon, once we are done filming that is.  Thank you to each and person who support Candy, The Candy Show, The Candy Show LIFESTYLE YouTube channel and all of Candy Palmater’s comedy/ speaking career.

WOW!  What a line up on the next Episode of The Candy Show, National Variety Television Series on APTN and APTN HD Channels, WEDNESDAY MARCH 26th, 2014 10pm EST/ 11pm AST

The Candy Show is a National Variety TV series with 4 Seasons under the belt and in Pre-Production for Season 5 is happening right now.  Filming in is in front of a LIVE studio audience, in Halifax, NS, and is taking place: April 24, 25, 26, 30, May 1, 2, 3  For FREE tickets to be in the audience, click here 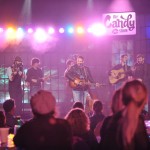 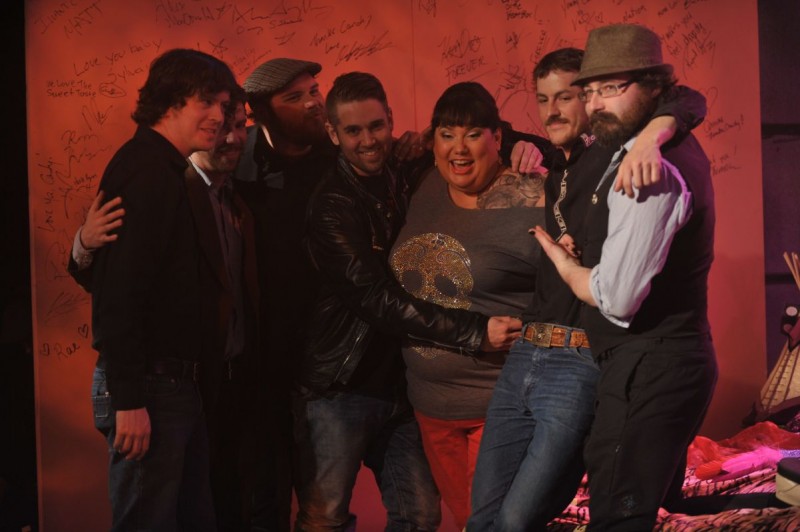